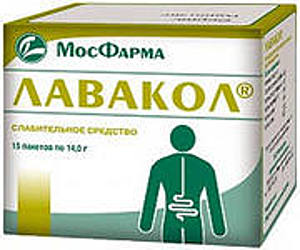 If you are plagued by persistent abdominal distension and the presence of skin rashes, perhaps it is time to clean up!

Greetings to all who stopped by to read my review!

To think that you need to clean the body, I came recently. About a month worries me a strong heaviness in the region of the abdomen, which persists to this day. In addition to this there flatulence.

My inquisitive mind I shoveled a lot of articles how to get rid of it, and found a good option - cleaning.

So, here are a few indications that You need to bowel cleanse:

On the Internet there are many ways of cleansing the colon, starting from and ending with the castor oil enemas. None option does not suit me, I wanted something safe, fast and effective. On the Internet I stumbled across the options of cleaning the bowel using the Fortrans and Lavacolla.

Naturally I immediately went to search for reviews on these and found nothing really, except that they are used only for preparation of operations that Lavacol taste better. The choice was obvious, considering the taste and price Lavacolla. 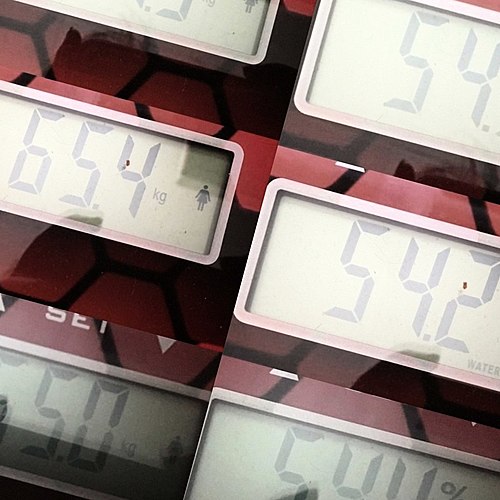 Lavacol it is a big box with 15 sachets of powder-money. The tool itself looks like vanilla sugar, that's just the smell of it comes some salty. Down at the bottom, there are instructions, a small part of it I guess. 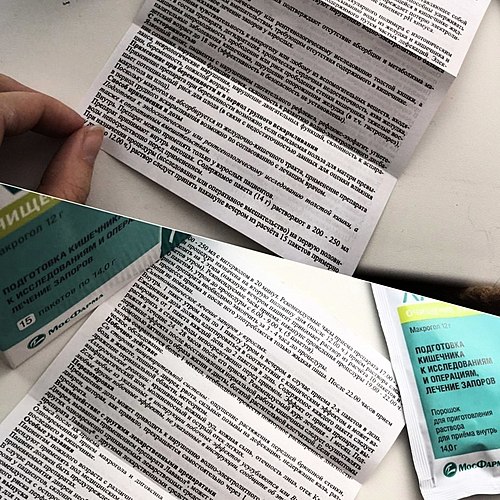 Selecting a day off, at 7 am I had a little Breakfast and coffee with chocolate and fruit, she took the drug from the pharmacy, and at 10 o'clock started cleaning. I think 3 hours is a very small interval, but I have to drink 3 liters of funds for 5 hours, I don't want to postpone it until the evening.

Doing everything as the instructions, dissolved in 200 ml of water each sachet, drink every 20 minutes (for convenience it is better to put the alarm clock). Sounds easy, see how things really are.

When dissolved first bag I have a question - all the same does not dissolve as me? Seriously, I've been mixing the powder with a spoon for a few minutes, and disappeared only half of the funds. Well, okay, I drink so.

1 Cup I was given is not very good. All the stories about the taste of mineral water seemed to me not true, it can and mineral water, just lying in the sun a couple of days and all worked up - that was the impression. Drank in small SIPS in 10 minutes. An unpleasant sensation in the stomach, nausea, a bit dizzy.

2 glass - the feeling that I don't have time to rest after the first, but need to drink, sick from the realization that now is, and the smell of money. Drink heavily, there was a fever. One idea is to dissolve the agent in a smaller amount of water and the feeling that the 15 packs I can't.

3 cups I have made 200 ml, and 150 approximately, the taste was more salty, and drinking is becoming disgusting. In the stomach there is some discomfort.

4 glass drinking appeared first urge (if you know what I mean).

5, the glass does not want to drink, I almost missed the interval, as was a bit busy (ahem).

6-7 cups decided to merge into one, 300 ml, I think it will be easier to drink. The drink seems very salty, everything goes as it started after 4 cups, and still very hungry, now would be the whole cake was eaten.

8-10 glasses mastered with difficulty, hunger has not disappeared.

At this point I decided to stop because the effect of purification has been made, the last 5 packets is not useful. In an hour I already decided on a plain yogurt because I wanted to eat a couple of hours, added frozen fruit, and by the evening I ate normally all is well.

And now for the results.

Check out the bowel we have at home are unlikely to succeed, but to measure the volume of the stomach, as well as to trace the change in weight and proportions you can.

The first was to start the cleaning process, the second immediately after the end 10 of the bag, and the third morning after cleaning.

In the below collage, you can see the change of weight in kg and water content, in percent. Interestingly, the weight immediately after drinking cups were added, although the water level fall. In the morning everything was back to normal. 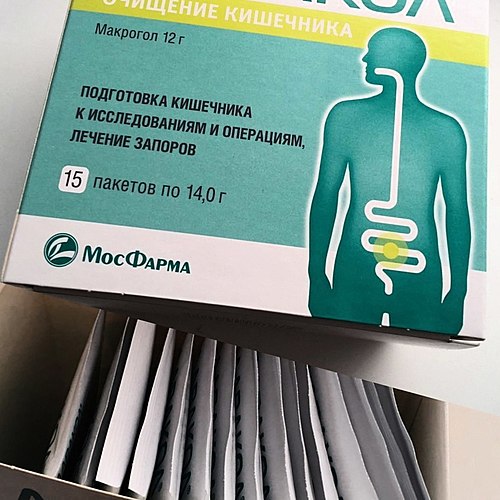 In conclusion, I want to say that the drug to cleanse a good look in the future, did he help me to get rid of bloating and rash on the face. But for weight loss, as it many people want to use, it is hardly suitable, it is better to make a choice in favor of rationalization of nutrition and physical activity.

All beautiful and healthy body!

At Avon jasminerose another masterpiece! And what is the aroma of holiday 2017?4 monthsPerfume

Good replacement for sane money! Satisfied with all 95%! + Photoabout 1 monthTechnique for beauty and health

Want the gel with the aroma of "plastic bag"? Then this is Your option. And it's not only his disadvantage.4 monthsCaring cosmetics

Love at first sight! The shade 03. The photo in the image. But there are also disadvantages.5 monthsDecorative cosmetics

Unusual, but very tasty! This is not a failed Rittersport: chocolate and peppermint!about 1 monthCaring cosmetics